Tainan is the oldest city in Taiwan, and it was once the capital under the Qing Dynasty between the 17th and the 19th century. There are many old temples and historic building scattered throughout the city.

It’s also very close to Kaohsiung: it took us 12 minutes by high-speed train and by normal train around 35 minutes. So it’s a perfect destination for a day trip! As we went there to meet our friend from Barcelona, we mostly just roamed around the area, but we didn’t know that the city was so big! So we ended up taking taxi’s to roam around, but they were very cheap so that wasn’t a big issue.

This was our itinerary for one day: 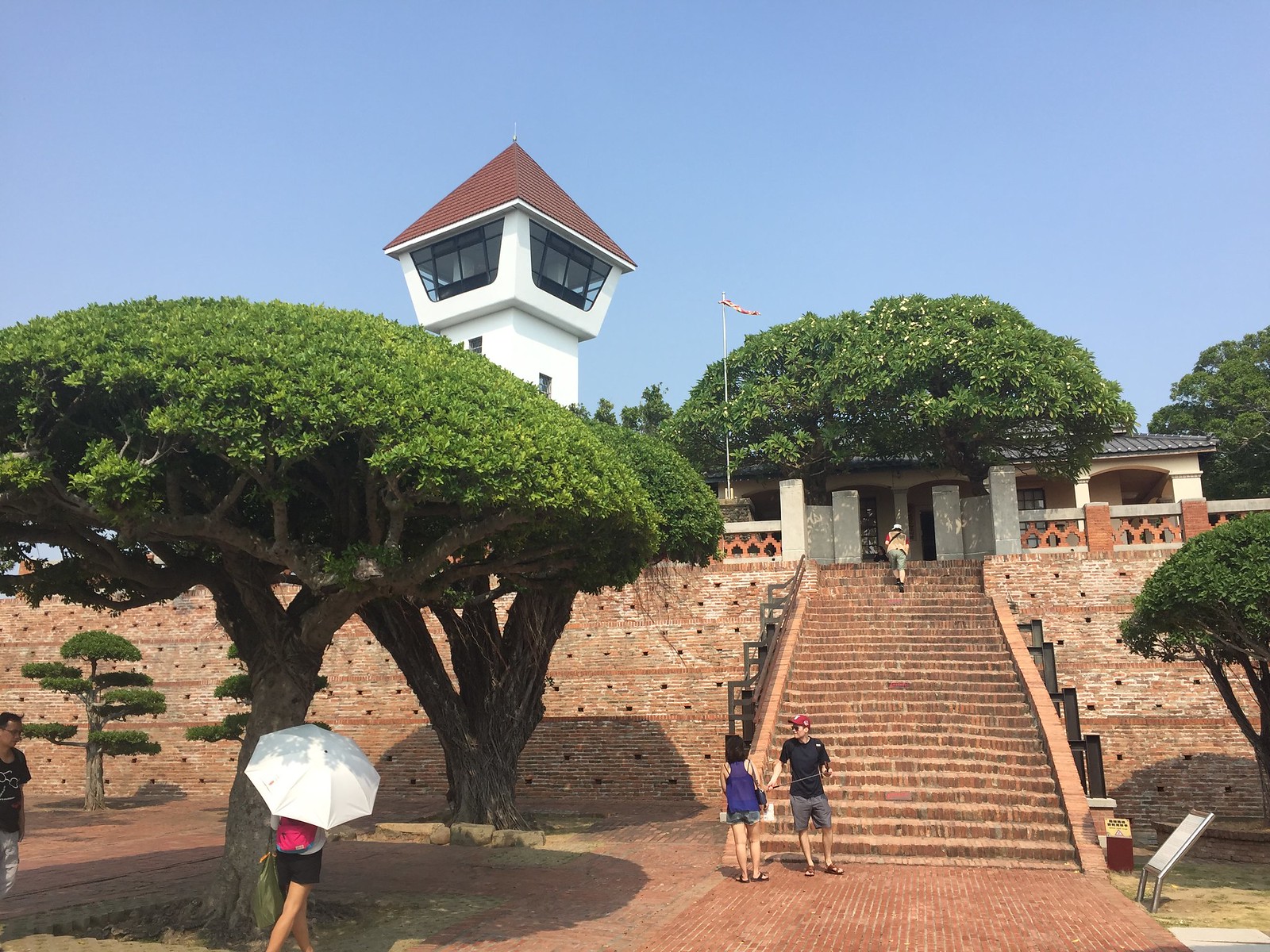 Fort Zeelandia is a fort that was built by the Dutch when the colonized Taiwan in the 17th century. It’s a nice place to walk around, and you can have a nice view on the city from the tower. There’s also a museum, in case you are a history geek! 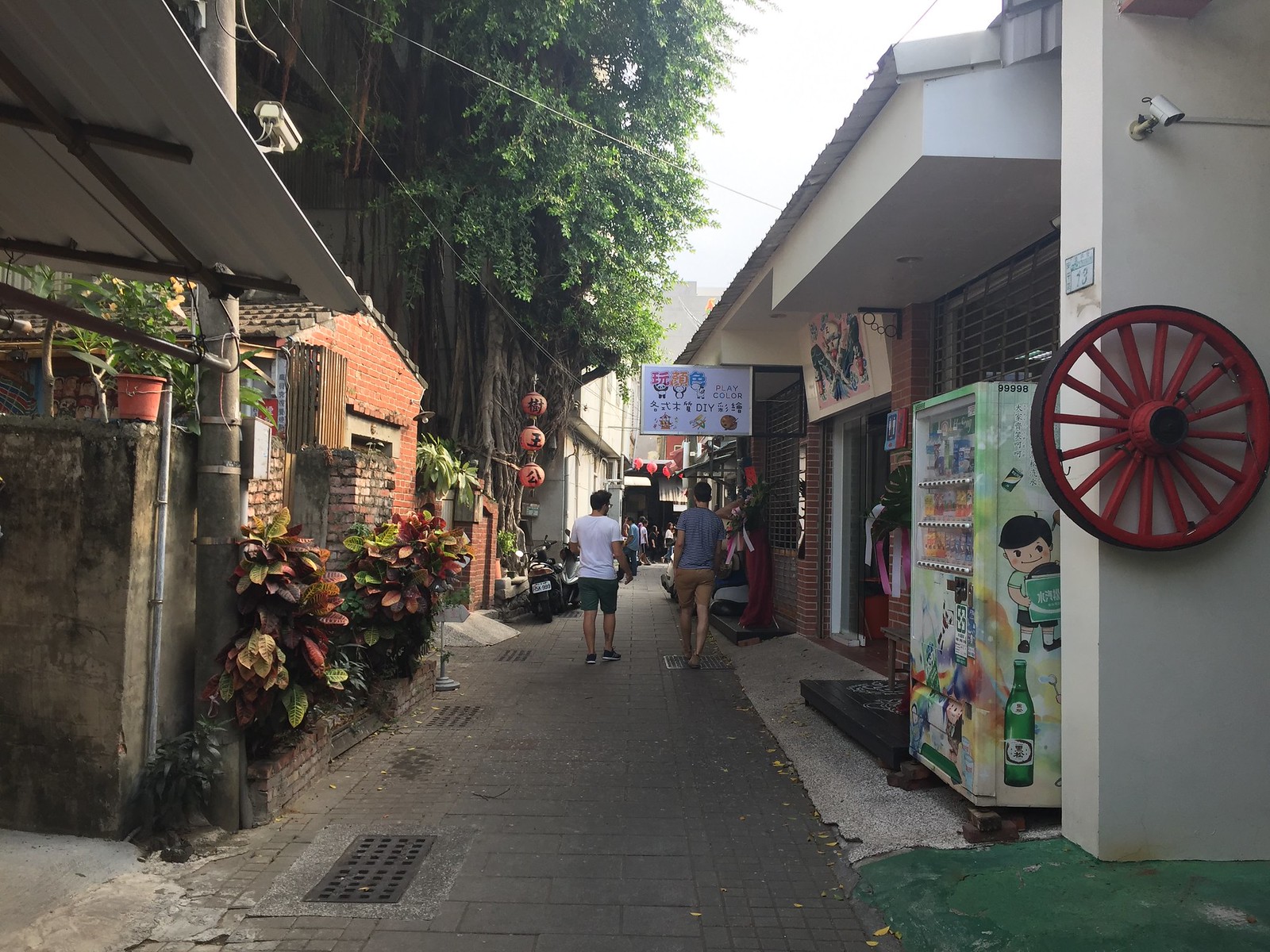 Anping is a really nice area to stroll around and walk through the cute small streets, such as Anping Old Street. Get a milk tea here and then buy some shrimp crackers there, to take in the local atmosphere.

There are some other smaller things to see around the area, such as Haishan Hall, which looked like a really cute hostel, but is actually a historical building. 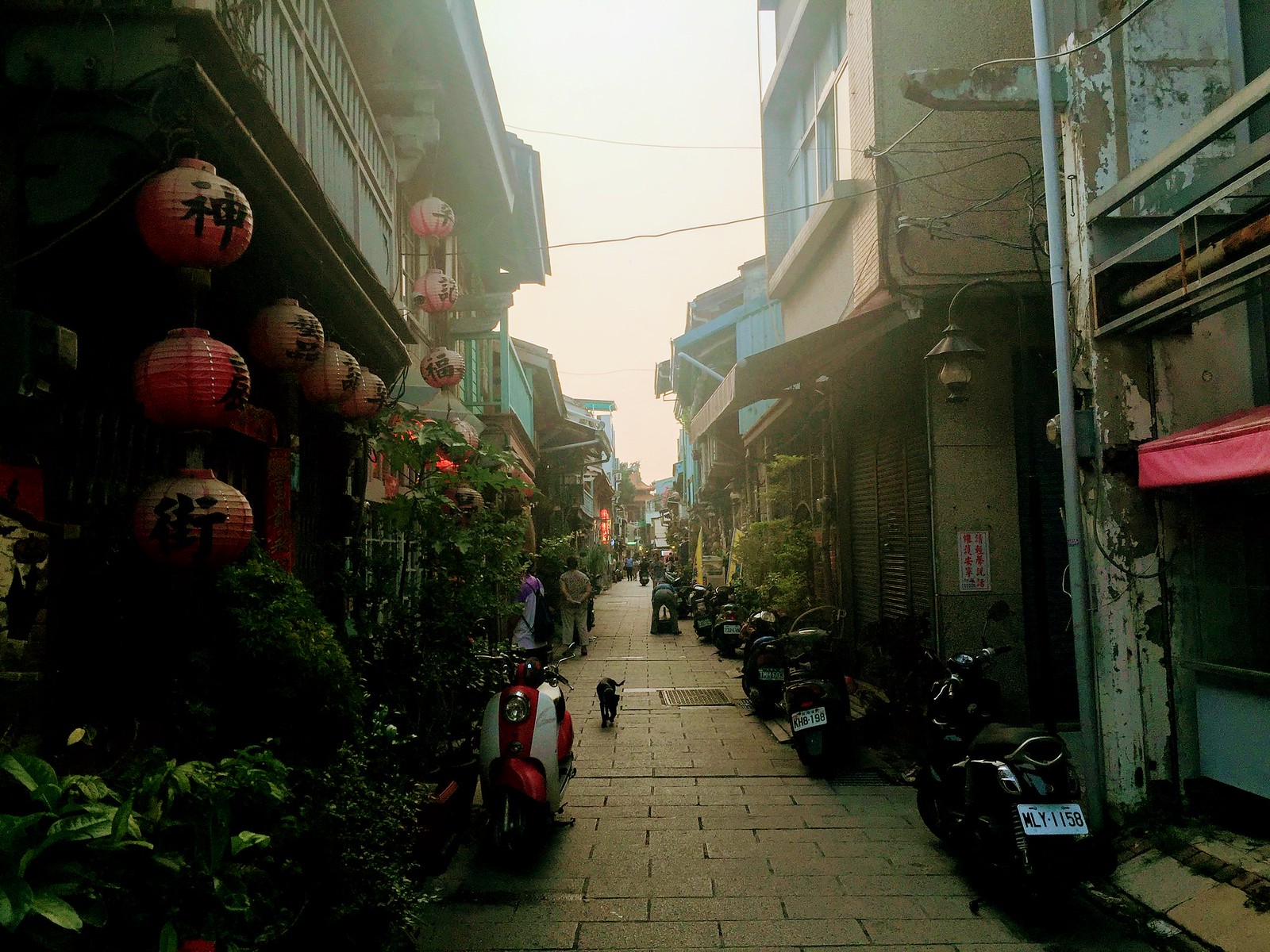 I really like this street, because it was very cozy and full of cute little boutiques and shops. There is also a lot of street art around this area, so keep your eyes open for some hidden street art!

Be sure to try your luck with one of the ‘Surprise box vending machines’. You throw in 100 NTD (around €2.50) and you have the chance to get yourself an iPhone or some other expensive trinket! Most likely you will receive some useless toy, but it’s fun nevertheless. 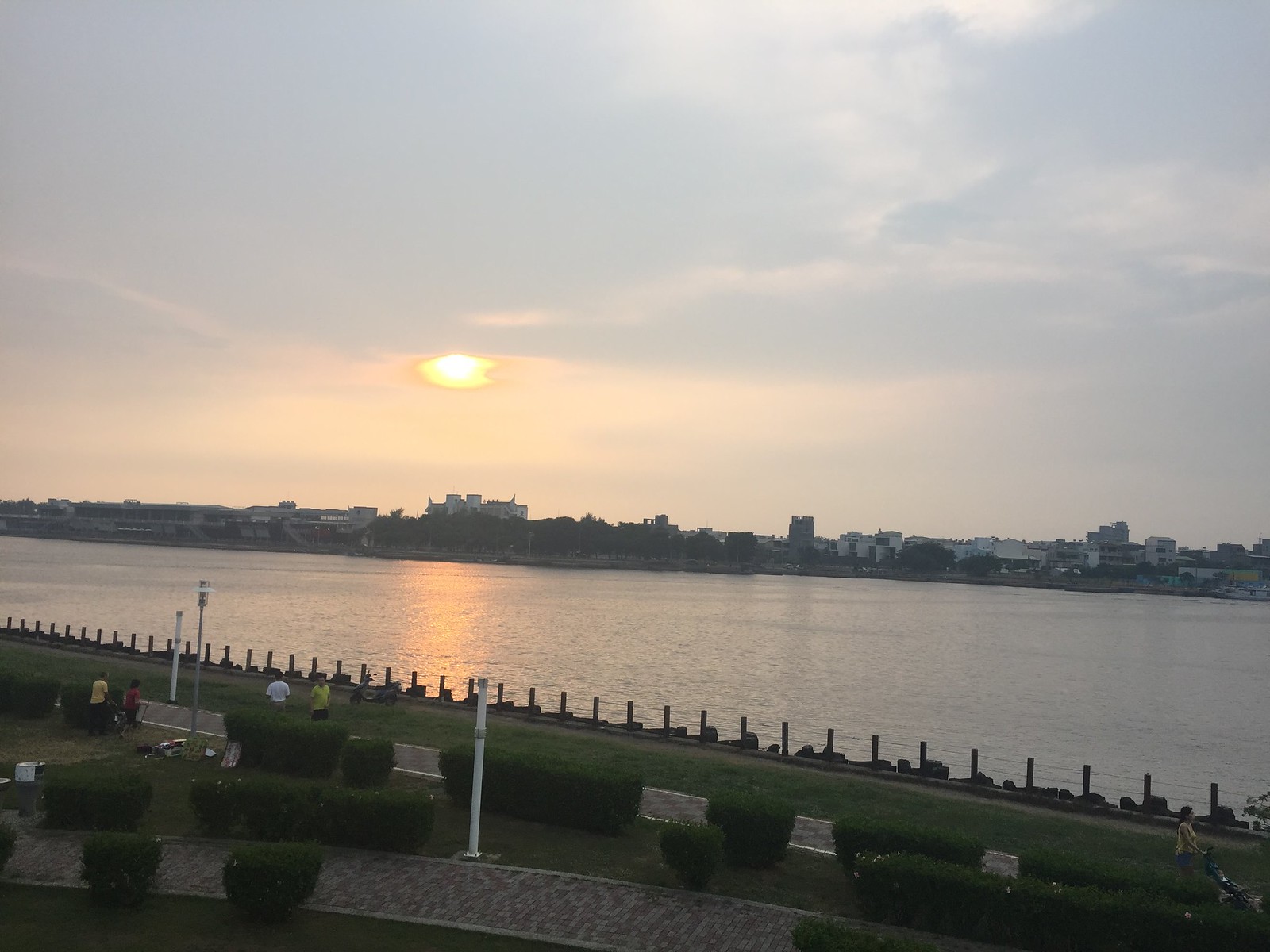 We sat near the statue at the Lin Mo-Niang Memorial Park and watched the sunset over the river. There were also locals flying their kites and talking their dog out for a walk. So it’s a really nice place if you like people watching!

Other Things To Do

We were only in Tainan for one day, so we didn’t get to see that much. Here are some other sights to see that we heard are nice in Tainan:

For brunch, we headed to this cute little cafe, where they serve a Western-style brunch. They also have good coffee! Overall, just a nice place to sit and have some breakfast/brunch.

We didn’t actually go to this place, but I read somewhere that they have really nice brunch. So if you find yourself in the Anping area, definitely try this brunch place!

Apparently, this place is a local gem, as they gather here for their hotpot fix (because Taiwanese it seems, LOVE their hotpot dinners!). We found this place purely by chance, and we enjoyed the hotpot experience.
Location

How to get there

Tainan lies in the south of Taiwan, and it’s easily accessible by train. If you come from Taipei, you can take the High Speed Train, which will take around 2 hours. The HSR station is a bit further away from the city, but there are free shuttles that take you to the main station in Tainan.

4 Myths Debunked about Working from Home

Why Remote Working is The Future Of Working 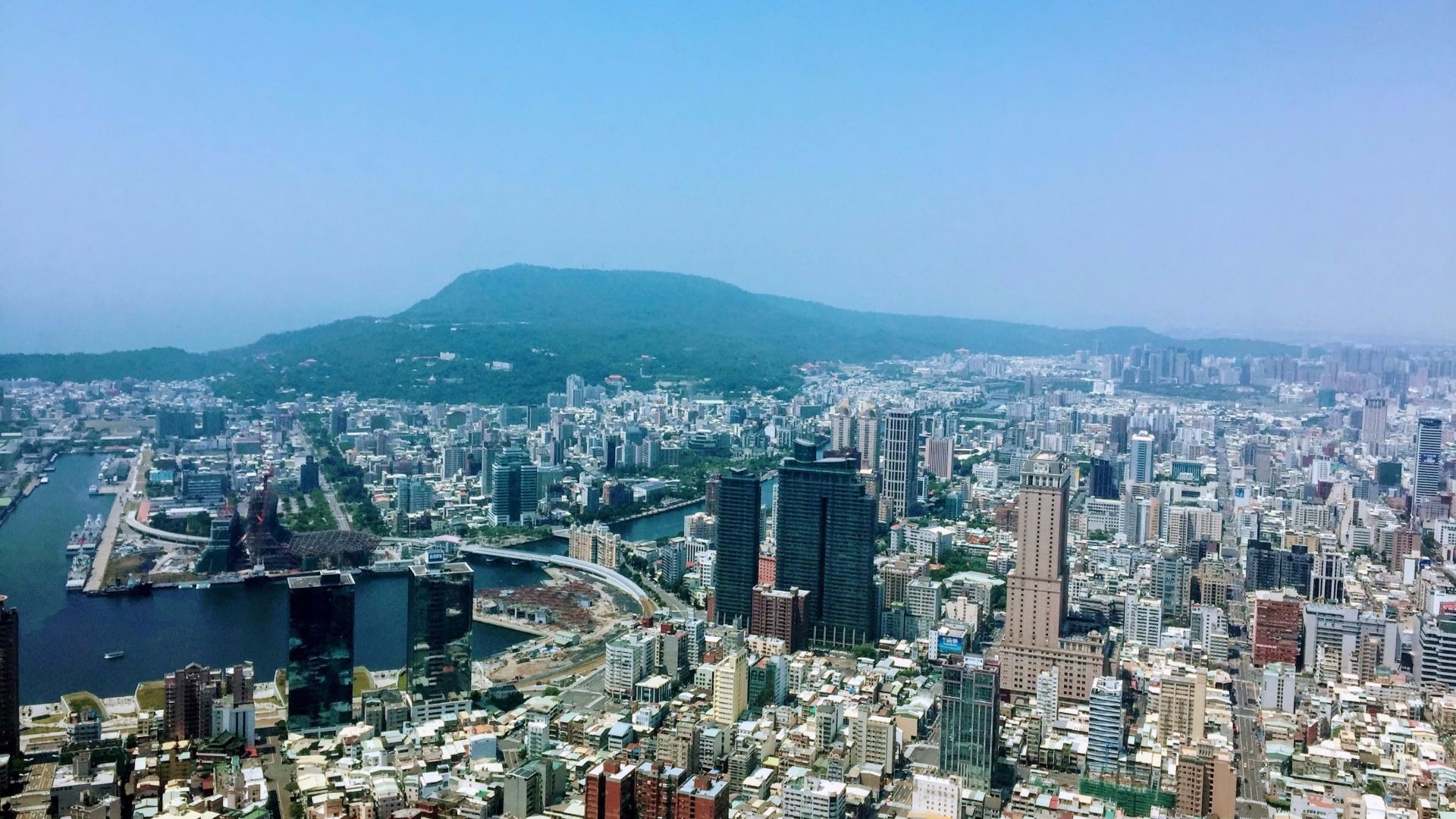 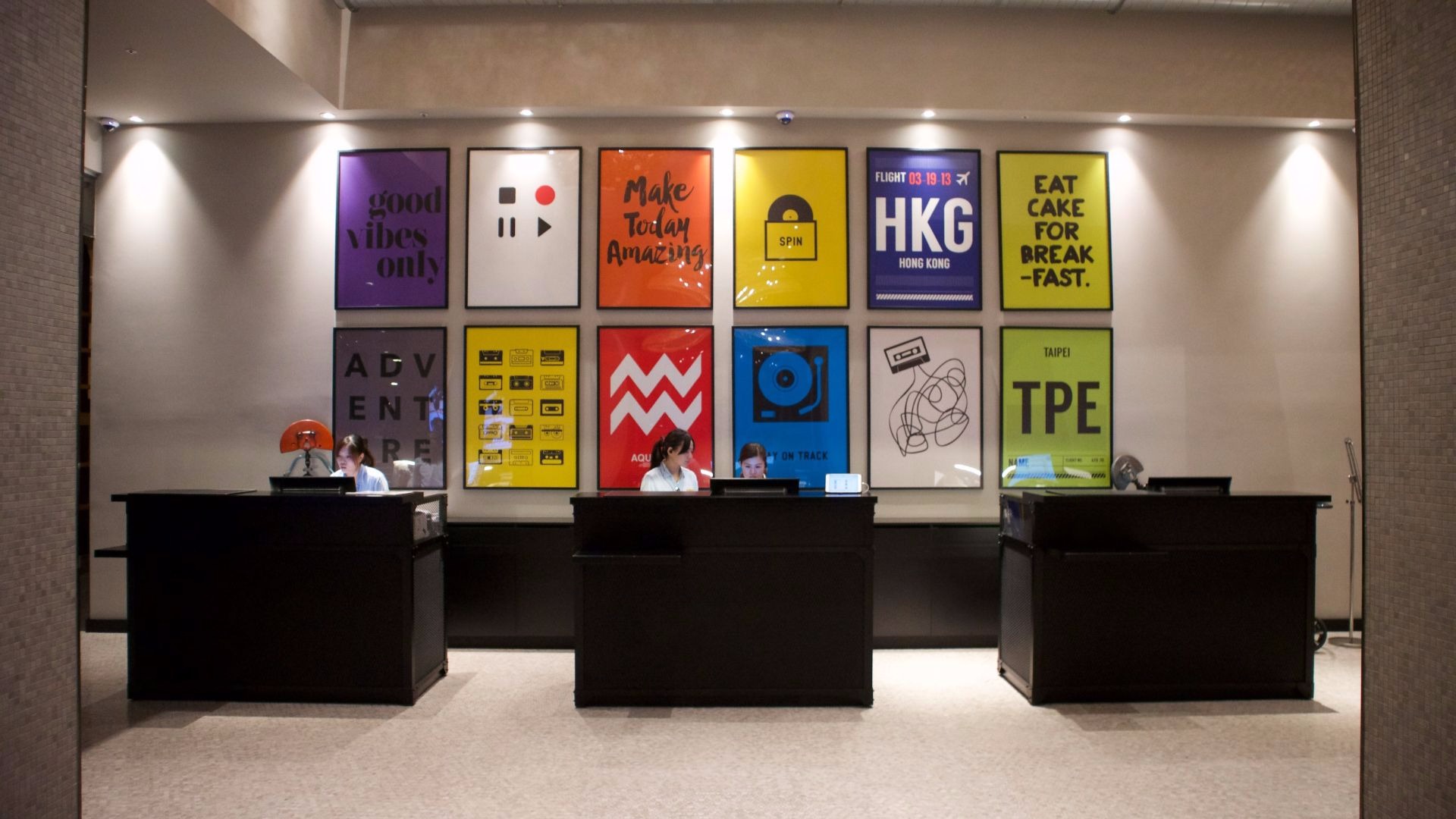