Finding an Apartment in Chiang Mai: A Summary

As some of you may know, in July & August we are in Chiang Mai, the Digital Nomad capital! As it’s super easy to find an apartment here, we actually found one in half a day, though we did do quite some research beforehand. There are many videos about apartment hunting in Chiang Mai, and they are quite useful. In this post, you can find a summary about our apartment hunt, as well as some tips and tricks from our side 😉 Unfortunately, we didn’t really make any pictures (we’re actually quite bad at that!), but nevertheless, we hope our trip account can be useful for some!

We booked a hotel room in the Nimman area for one night (called Bedgasm Poshtel Nimman), which was very close to all the apartments we wanted to check out. Before our hunt, we made sure that we had a scooter so that everything could be done more quickly. We read about Chloe Motorbike Rental somewhere, and they have good scooters for decent prices and they even bring the scooter to your doorstep!

Our first stop was the Nimmana, because it was really close to the hotel. It was a bit of a bummer though, because as soon as we got in, they said the minimum rental period was 3 months… So The Nimmana was a no-go for us. Also, it seemed to be quite expensive for us (around 20,000 – 30,000 TBH per month). It did look like a really beautiful place to live at.

For more information, you can also check the apartments out at here: The Nimmana

Second stop: One Plus Condo

This apartment was also kind of a bummer, because there was no one there to show us around. Afterwards, we heard that in some apartment buildings, you need to make an appointment with a real estate agency, or contact someone online beforehand, which was probably the case for this condo.

We also recently met someone who just signed a 1 year lease for an apartment at this condo, paying around 6000 TBH per month for a decently-sized one bedroom apartment.

You can also find some more information here: One Plus Huay Kaew

We heard about this place via a digital nomad vlog. The location of this apartment building is perfect, as it’s right in the middle of Nimman. The apartment itself was a bit on the smaller side, though it looked quite modern and luxurious. There is also a small rooftop pool and a gym. The price they offered was 18,000 TBH, excluding electricity, which was 5 TBH per unit and water, which was 30 TBH per unit. Internet was included and the speed was around 10 mbps.

We thought it was slightly too expensive for what it offered, and the pool was too small for Nina to do some laps, so we didn’t go with this one.

Next stop was Luxury Huay Kaew, which was one of our favorites. The apartment indeed looked very modern and cozy, and there was also a washing machine. The price they offered was 15,000 TBH per month, and electricity was 35 TBH per unit and water around 5 TBH per unit. There is a kitchen, though unfortunately, there were no cooking utensils like pots, pans, or even cutlery. Another thing we didn’t like is that the internet was just for one user. When we asked if we could pay for more users, the guy who showed us around said it was not possible, which kind of weirded us out. We tested the internet and it was around 7-10 mbps.

Luxury Huay Kaew does have a nice swimming pool as well as a gym and a sauna, and it’s conveniently located close to the Nimman area.

This apartment building was located right next to Luxury Huay Kaew, and even though we initially didn’t want to visit it as it doesn’t have a pool or a gym, we decided to give it a go anyways.

The flat looked very nice and it was quite spacious, including a kitchen and a separate bedroom. The price they offered us was 14,000 TBH per month, with electricity 5 TBH per unit and water 32 TBH per unit. Internet was included and the speed was around 7 mbps.

You can find some more information and pictures here: Pansook The Urban Condo

Our last stop was at our favorite place, and is located in the Santitham area, which is just next to Nimman and a bit more ‘local’. Again, there was no one there to show us around, but there is a notice board hanging in the hallway where homeowners post their rental ads. So we just called some numbers and finally, we found someone who actually knew another person who was renting out her apartment. She happened to be in the building, and she straight away showed us her apartment. She offered us the apartment for 15,000 TBH including electricity and water, and as there was no internet yet, it would be provided as well and included in the price! We really liked the place and accepted the offer!

The apartment building also has a big and gorgeous pool as well as a fully equipped gym. Furthermore, it’s located close to a local food court and market, as well as many cafes. As we have a scooter, it’s very easy for us to travel around Chiang Mai as well.

Here some pictures of our cute apartment at the D Vieng: 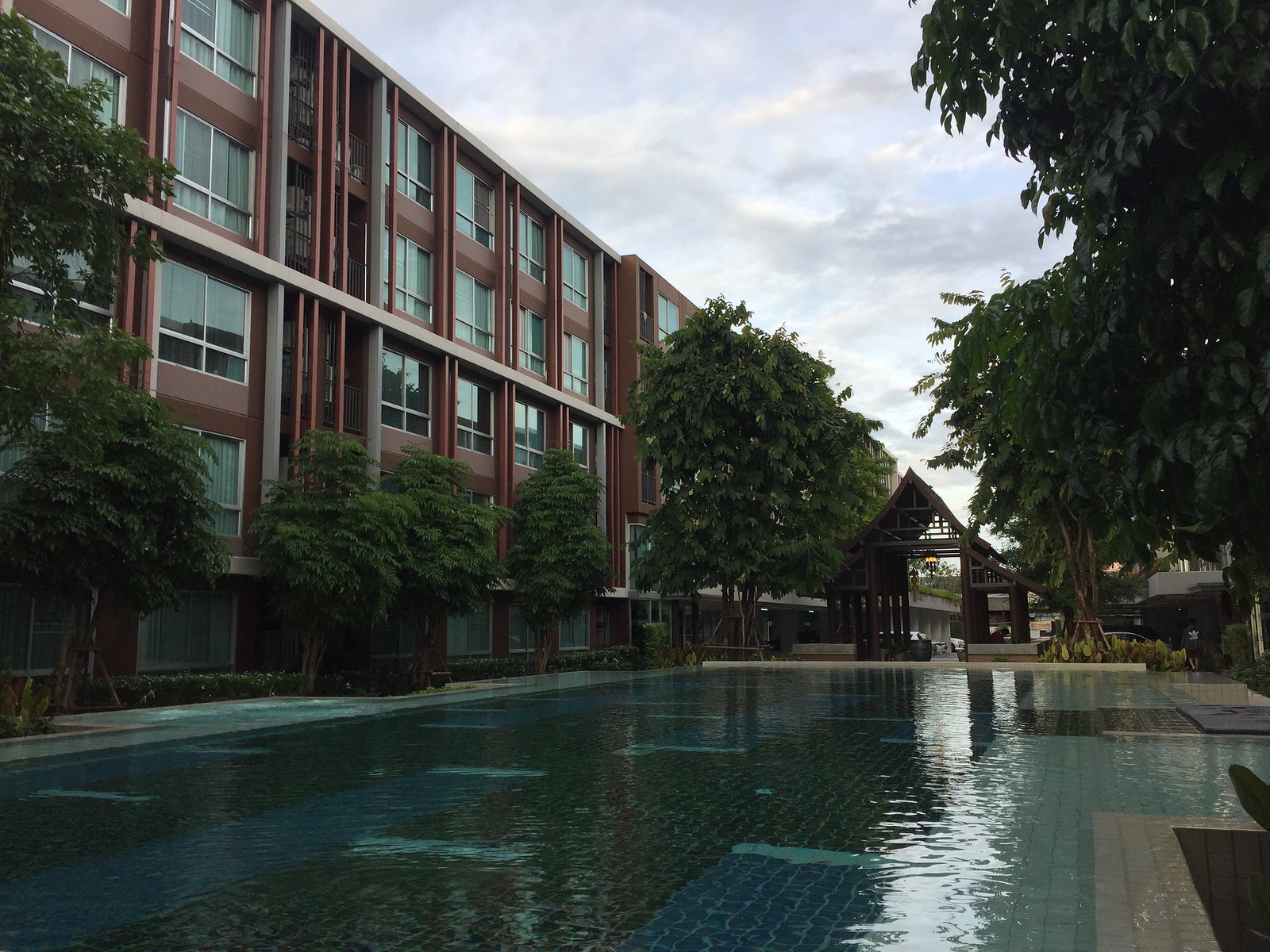 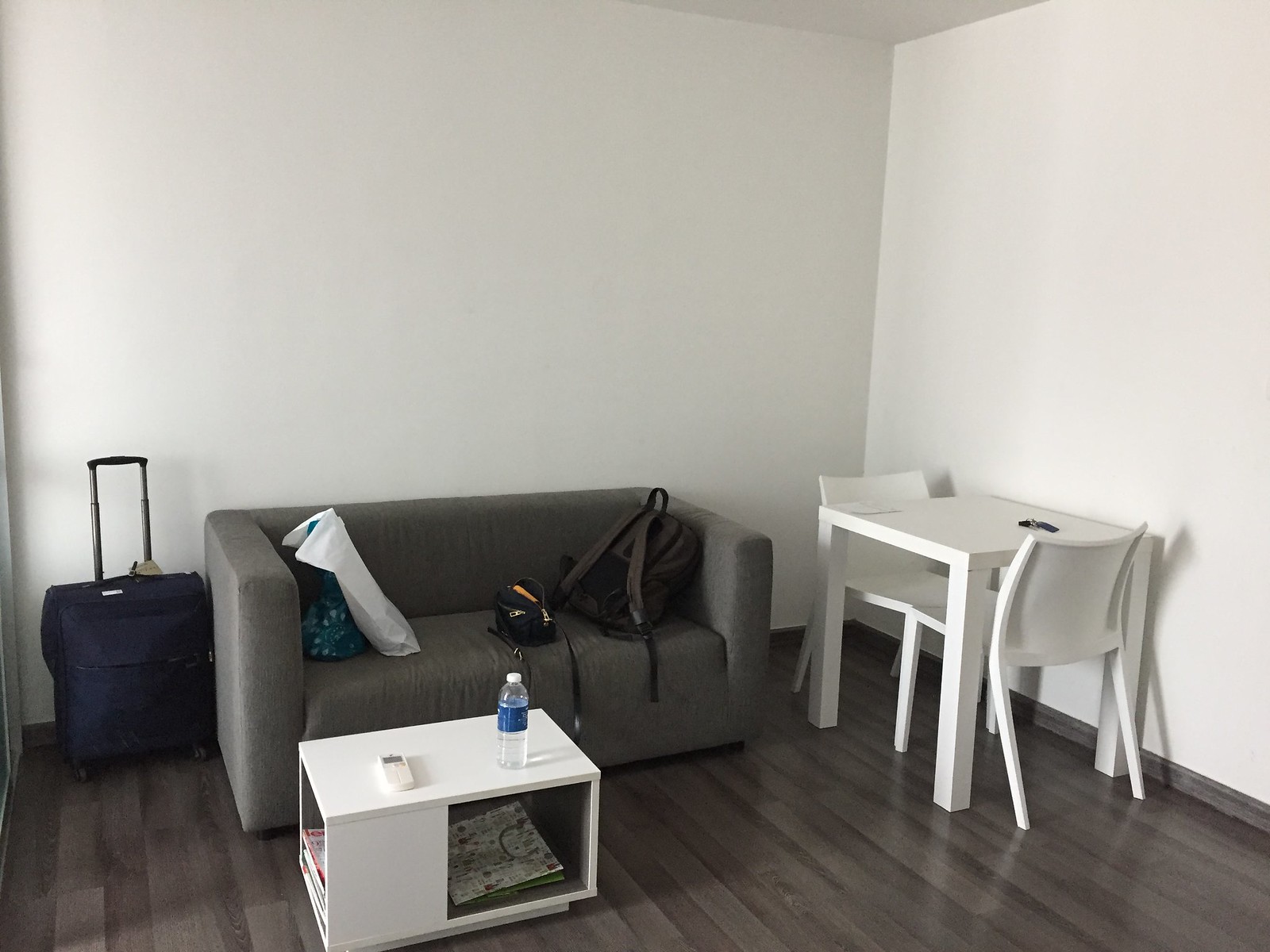 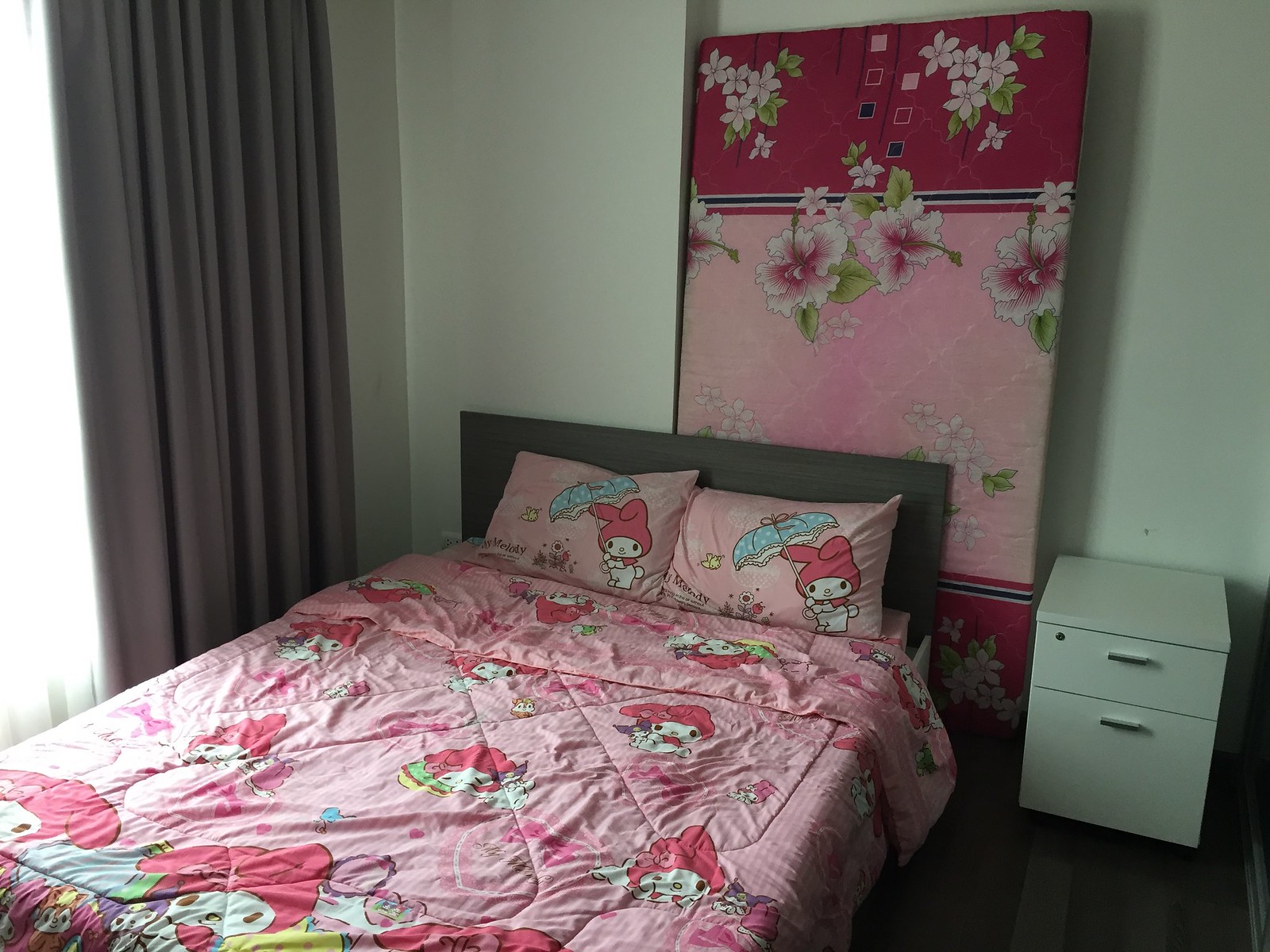 While we are certainly not experts when it comes to apartment hunting, the experience has taught as a couple of things that we would like to share with you: 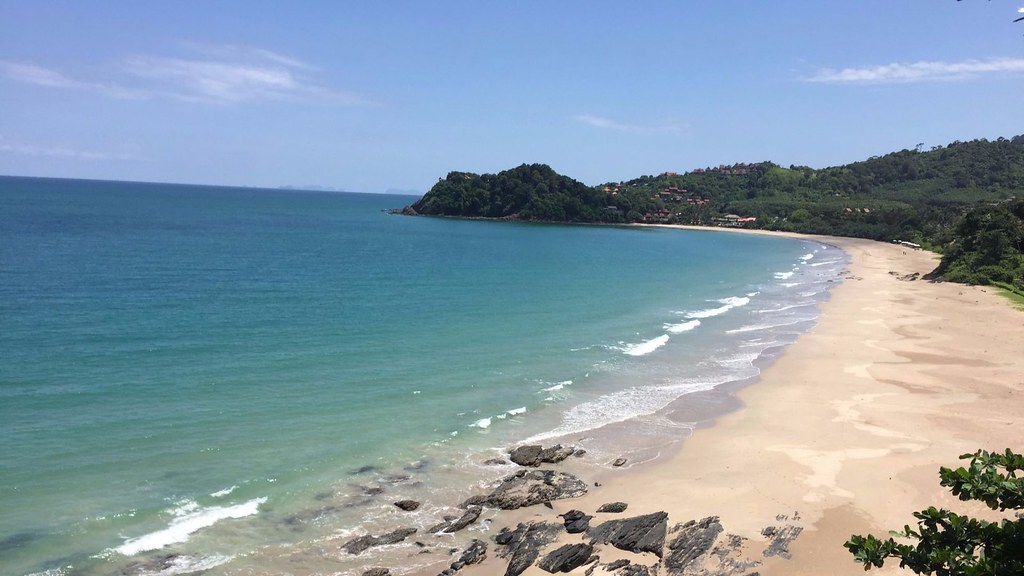 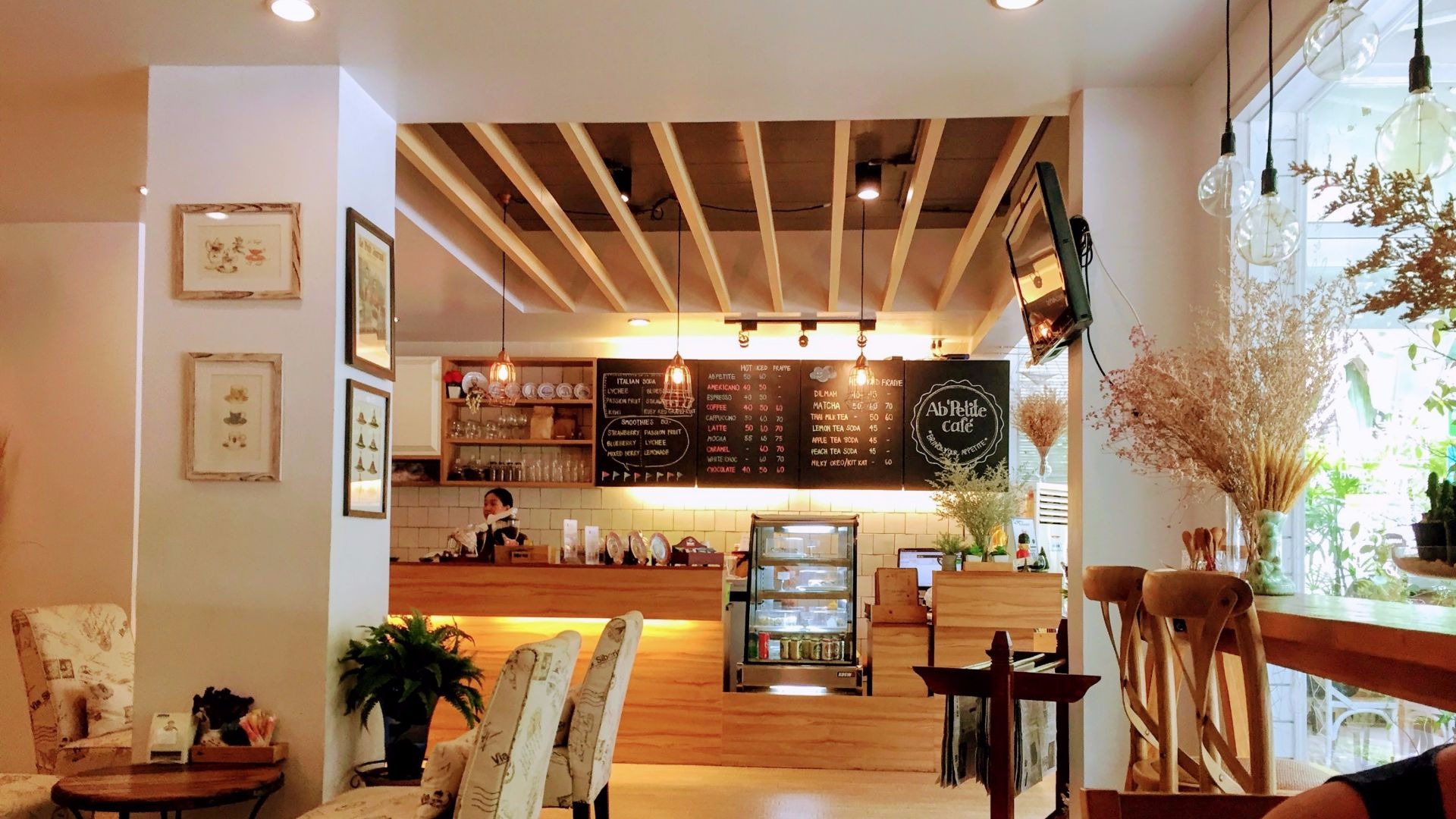 Best Cafes to Work from in Chiang MaiThailand, Travel