We have been in Koh Lanta, Thailand for the whole month of June 2017 and it’s been a blast! We are now headed to Chiang Mai for two months, but we will sure miss the beautiful beaches and the lush tropical greenery of Lanta island! In this post, you will find out more about our experiences as Digital Nomads in Koh Lanta during Low Season (May until October/November). 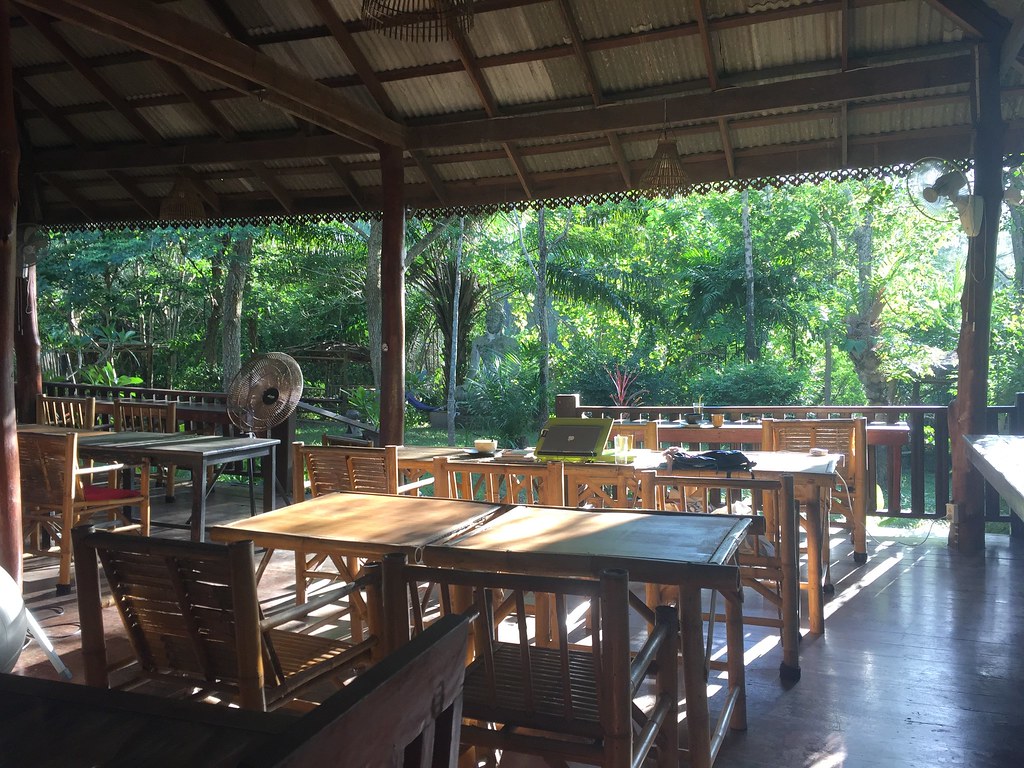 Koh Lanta is famous for its very awesome coworking space, KoHub. It’s actually been named as one of the best coworking spaces in Thailand, so we actually had quite high expectations. If you want to get some serious work done while in Koh Lanta, then koHub is your best option for reliable and fast internet. But the most amazing aspect was definitely the community! Almost every day, there are activities organized that let all the members come together, for example, the Sunset drinks at the Rock Bar or the Pubquiz in the Irish Pub on Monday. The people we met at KoHub are simply amazing, and we have made some really good friends here in just one month. So that aspect of KoHub is definitely amazing.

The fact that we were here during low season probably plays a part, as there were only 10 to 15 members registered during our time there, so we only met a few fellow digital nomads. However, I kind of liked meeting fewer people but making deeper connections. We have been told that during high season, there are 100 or more members, and I couldn’t really imagine that there are so many people there during one day.

Either way, KoHub is a great coworking space with lots of cute cats and amazing members & staff! 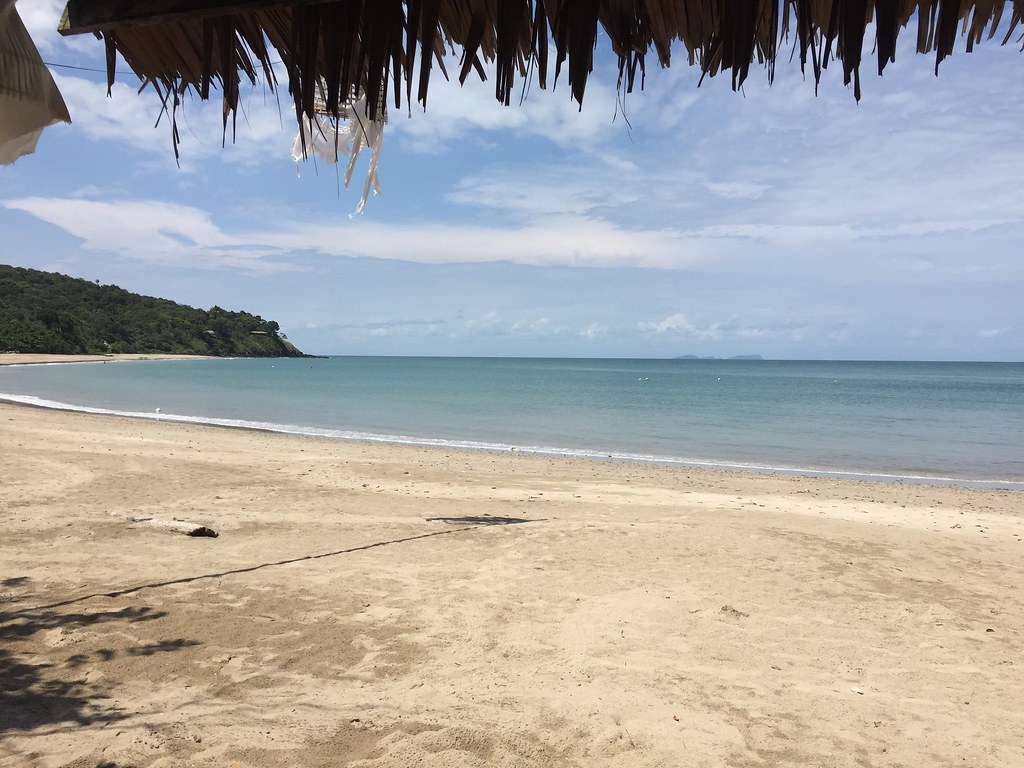 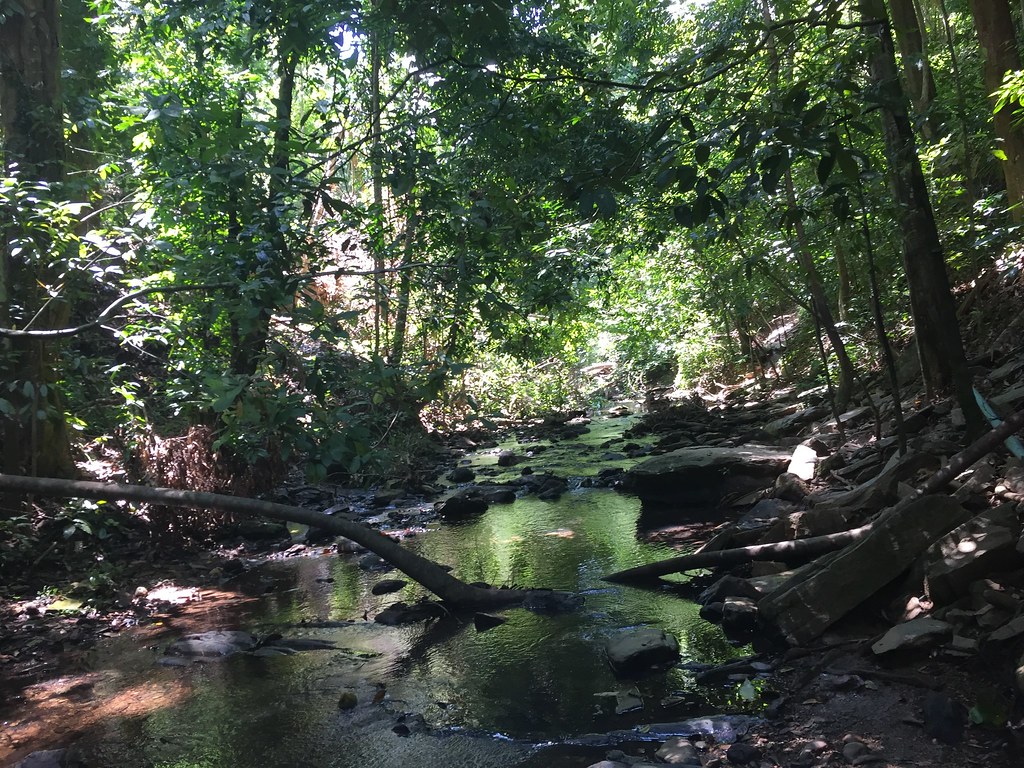 There are many beautiful beaches to explore and many scenic greeneries to behold in Koh Lanta, but other than that there is not so much to do, so this is why most digital nomads spent one to maximum three months on this little island. Especially in low season, as many shops and restaurants are closed and there is the rain as well. We had about a week of rain, and that was a bummer as there was literally nothing to do except sit at home and stare at your laptop screen, or getting a massage somewhere.

However, we did have almost 3 weeks of good weather, so low season doesn’t mean that it rains continuously. Here’s a list of fun things to do while in Koh Lanta: 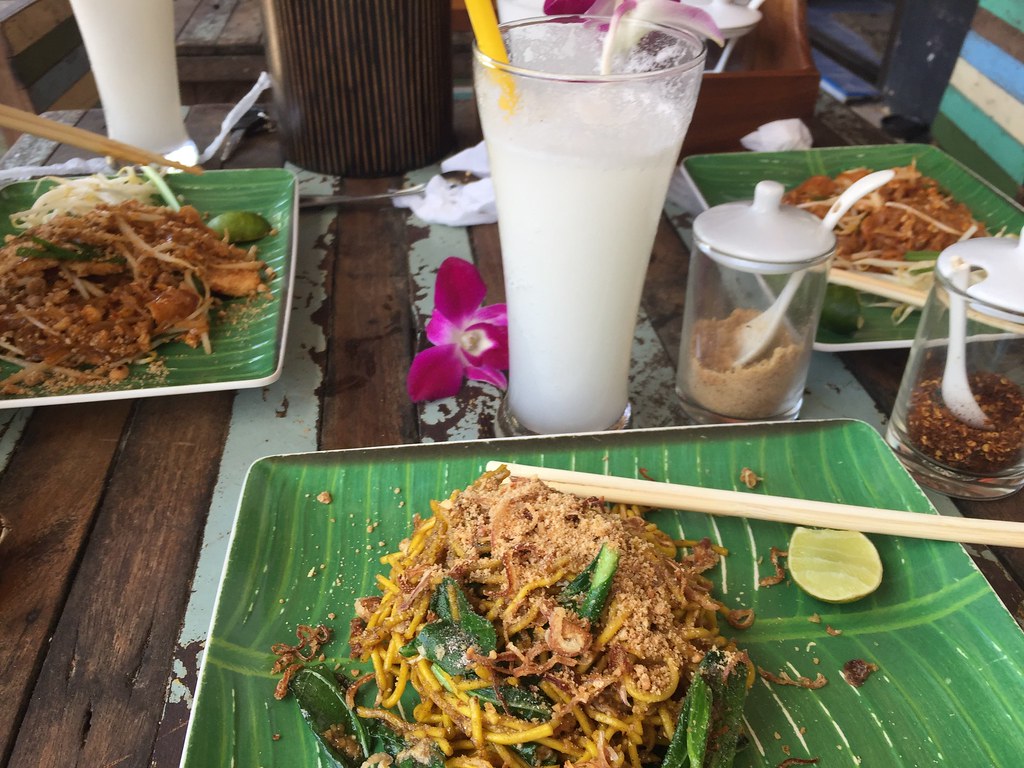 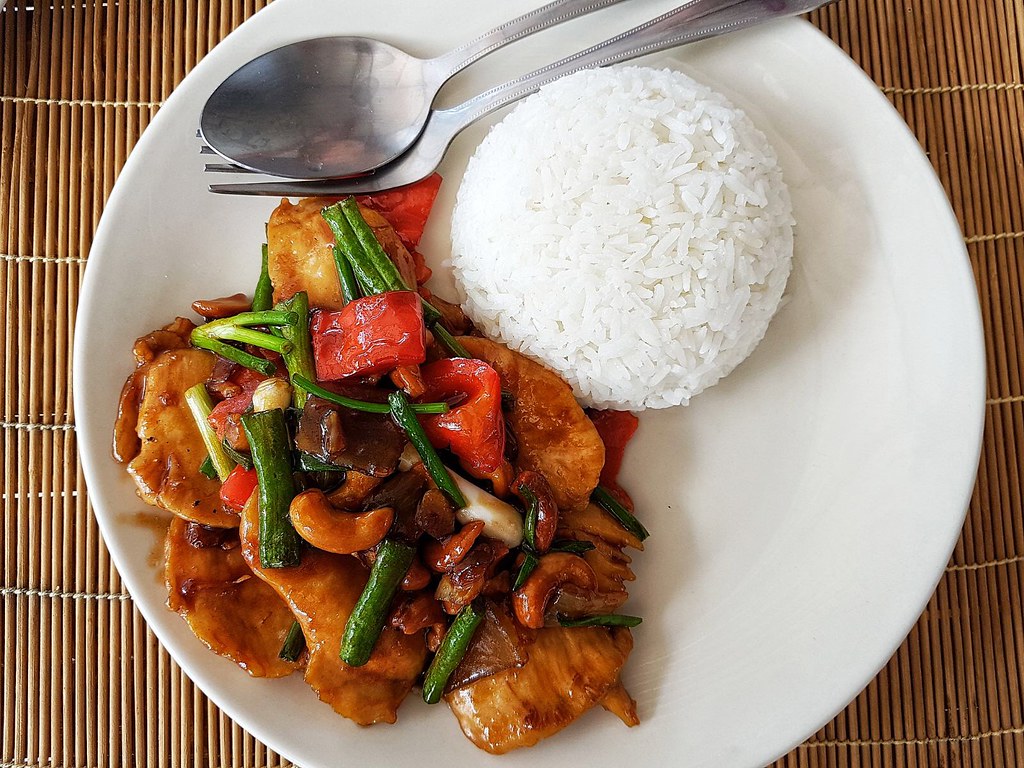 In low season there are not many restaurants open, unfortunately. Also we found that it was much more expensive to eat out than in other parts of Thailand. So, we have actually cooked our own meals half of the time, getting groceries at Koh Lantas only supermarket in the north called Lanta Mart. Here is a list of restaurants that we tried and liked that were open during the time we were in Koh Lanta:

Irish Embassy, Pub, $$, Tip: We loved the pie with chicken and mushroom. It was a huge portion as well!

Mr Green, Thai eatery, $, Tip: It’s open until 3AM! So perfect for some late night snacking

Sole Mare, Italian, $$$, Tip: They have good pizza (not amazing, but alright)

KoHub also has great food at reasonable prices, so if you have a lot of work to do then having a quick lunch at KoHub is a good option as well. 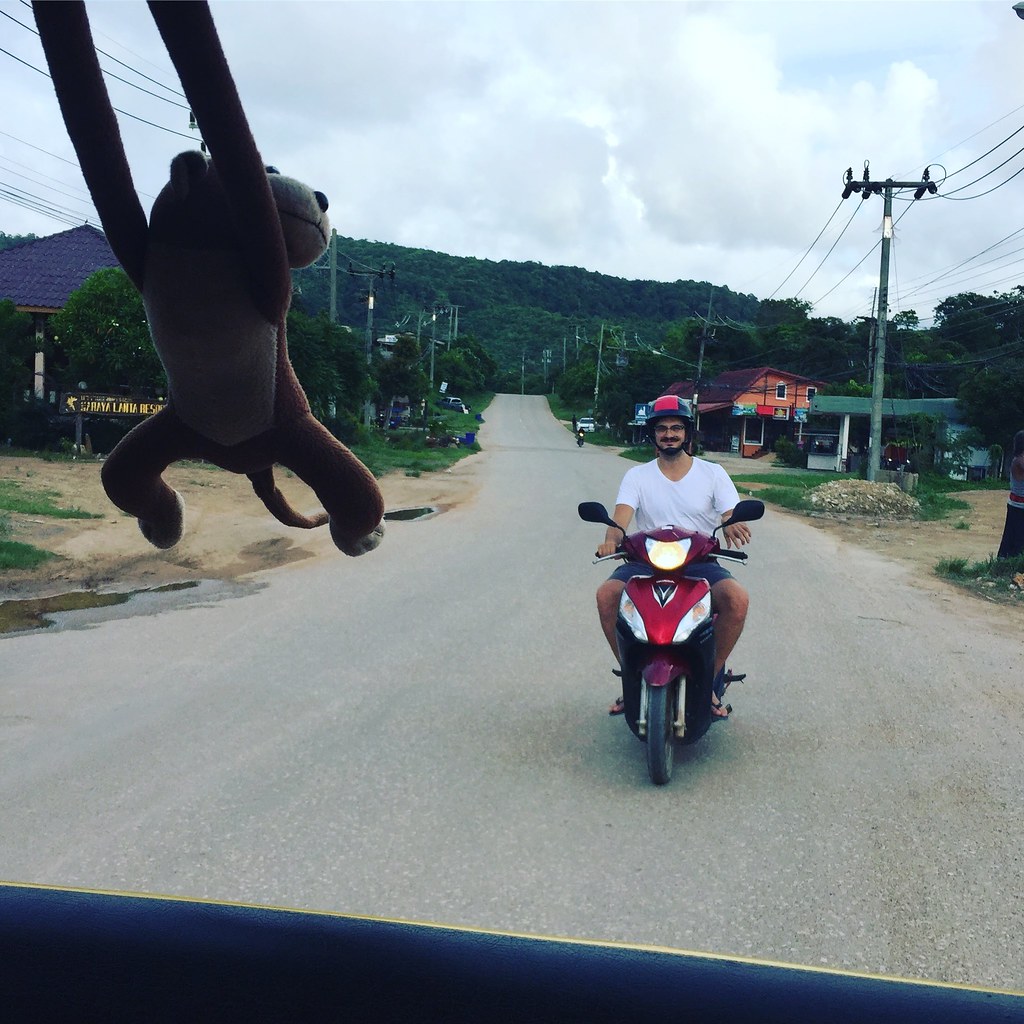 The best way to get around on Koh Lanta is by scooter. There is literally just one road and not much traffic (at least in low season) so it is relatively safe to travel by scooter. However, do watch out for the large holes that sometimes appear on the road; some are very big and deep and can be dangerous.
And always wear a helmet!! It baffles me how there are so many tourists and nomads driving around South East Asia without a helmet. If something goes wrong (and usually it’s not even your fault) a helmet can save your life.

One tip: When you rent a scooter, make sure that you make pictures of the vehicle, so that you have proof of any scratches or dents on it before you use it. Otherwise, they might scam you and hold back some of the deposit you gave them, because they have seen a ‘scratch that wasn’t there before’, which actually happened to us and made us very angry. Much better to avoid that by making some pictures upfront. 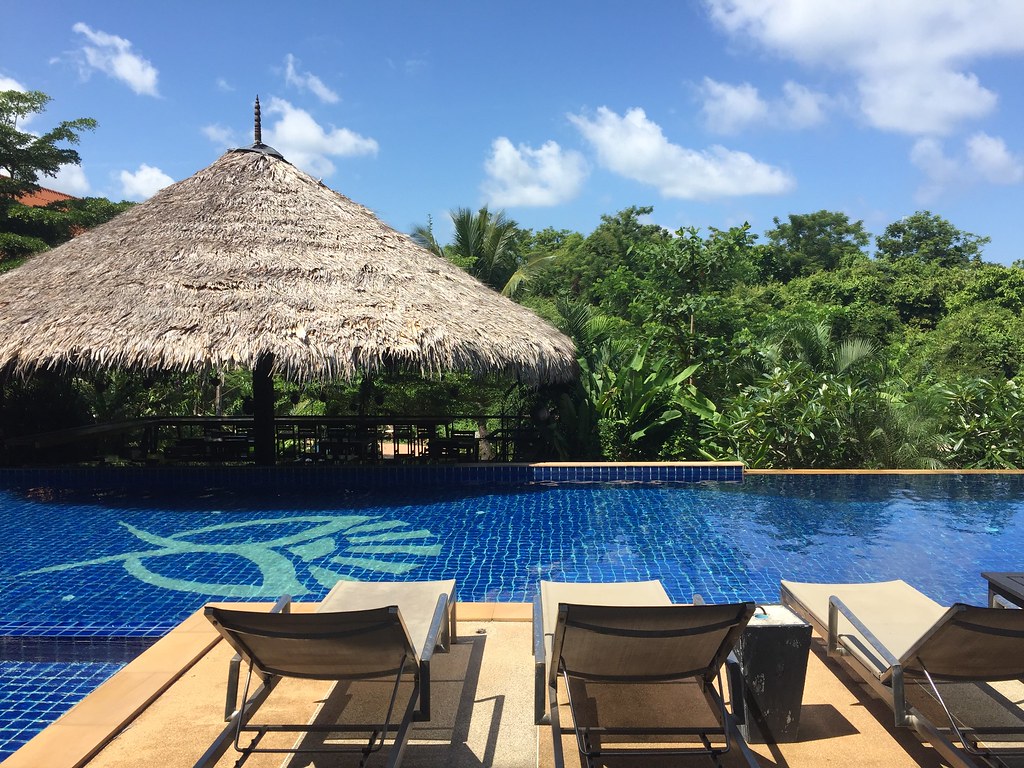 During ‘green season’ (that’s how they call the rainy season here) prices drop quite a bit, often as much as 50%!
We stayed at the Lanta Sport Resort, which had a big pool as well as a small kitchen. It was around 400 euros a month, including electricity and water bills, cleaning twice a week and pool access. From Lanta Sport it’s around a 5 minutes motorbike ride to KoHub, or a 17 minute walk. Next to the resort there is also the Muay Thai Academy, so if you’re up for some butt kickin’, definitely check it out.

KoHub also offers accommodation, the price including coworking space and 1 or 2 meals a day. There are different packages available, so make sure to check their website. 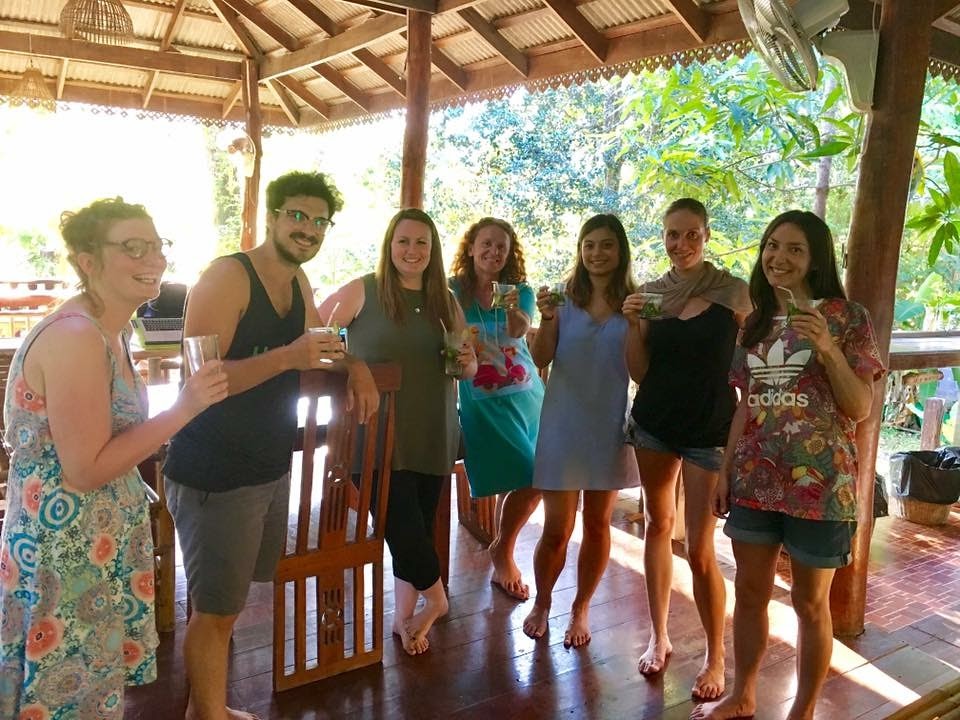 For us, one of the most valuable aspects of our membership at Kohub was definitely the community of digital nomads and the activities they organised for us. Just really simple and casual events such as the Pub Quiz on Monday or sunset drinks at the beach. But like this, it was very easy to meet fellow nomads. For example, KoHub also organises communal lunches and dinners, which were always very fun. We met some really amazing people during our time at KoHub, some of which we will actually meet again during our travels in South East Asia.

Getting to Koh Lanta

Getting to Koh Lanta from Krabi Airport is quite easy, though it takes quite long. You can go with the shuttle bus that costs 400 TBH per person. It will take about 3 hours, but it will take you straight to your hotel. However, oftentimes it will first head to Krabi town from the airport, where at some point the driver will tell you to get out of the bus and cross the road to another bus that is waiting for you. So, it’s not very efficient.  In high season it is probably a bit easier as there is a ferry that takes you straight to Koh Lanta. In low season, this ferry does not operate, so you have to travel by land. 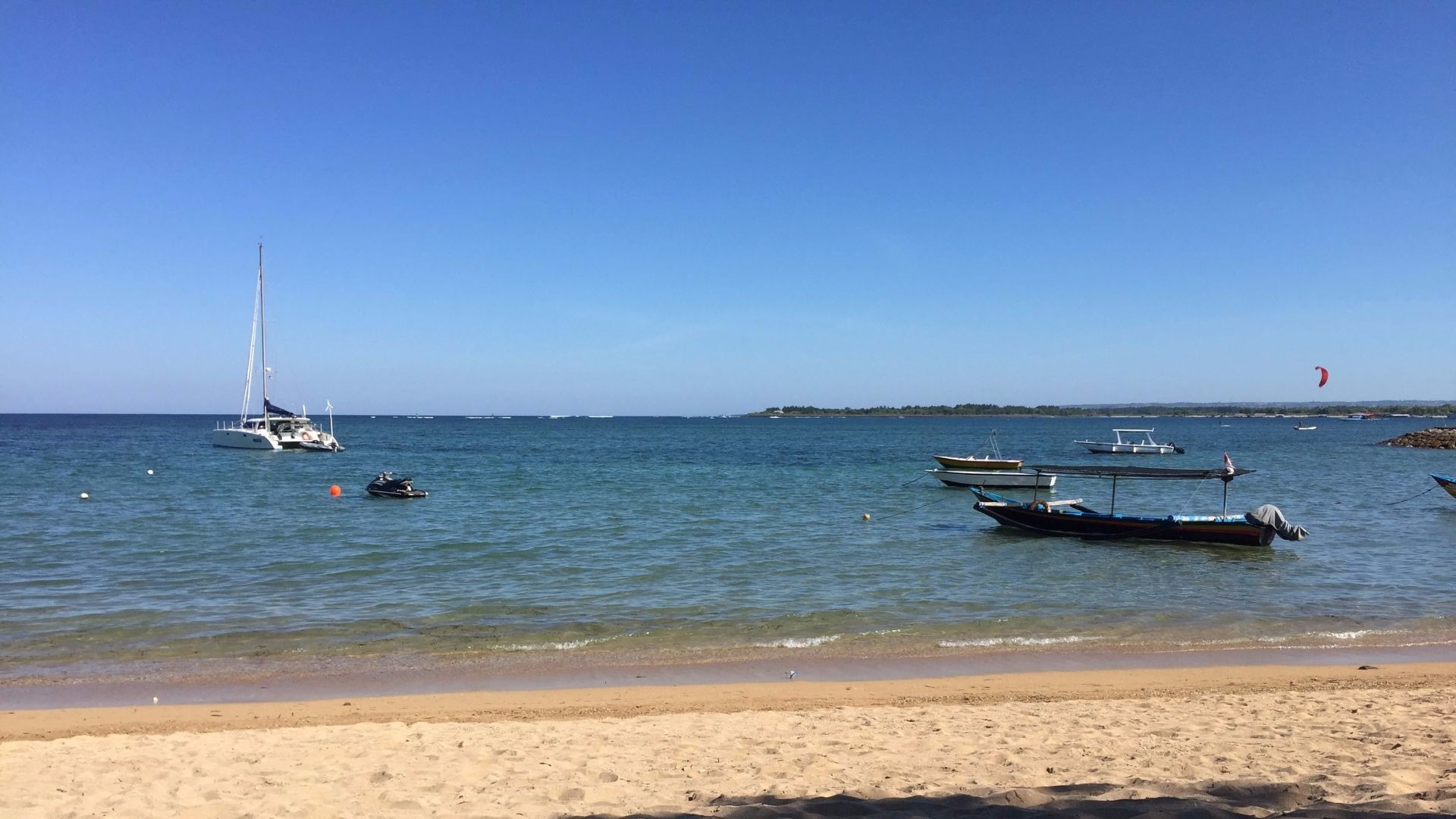 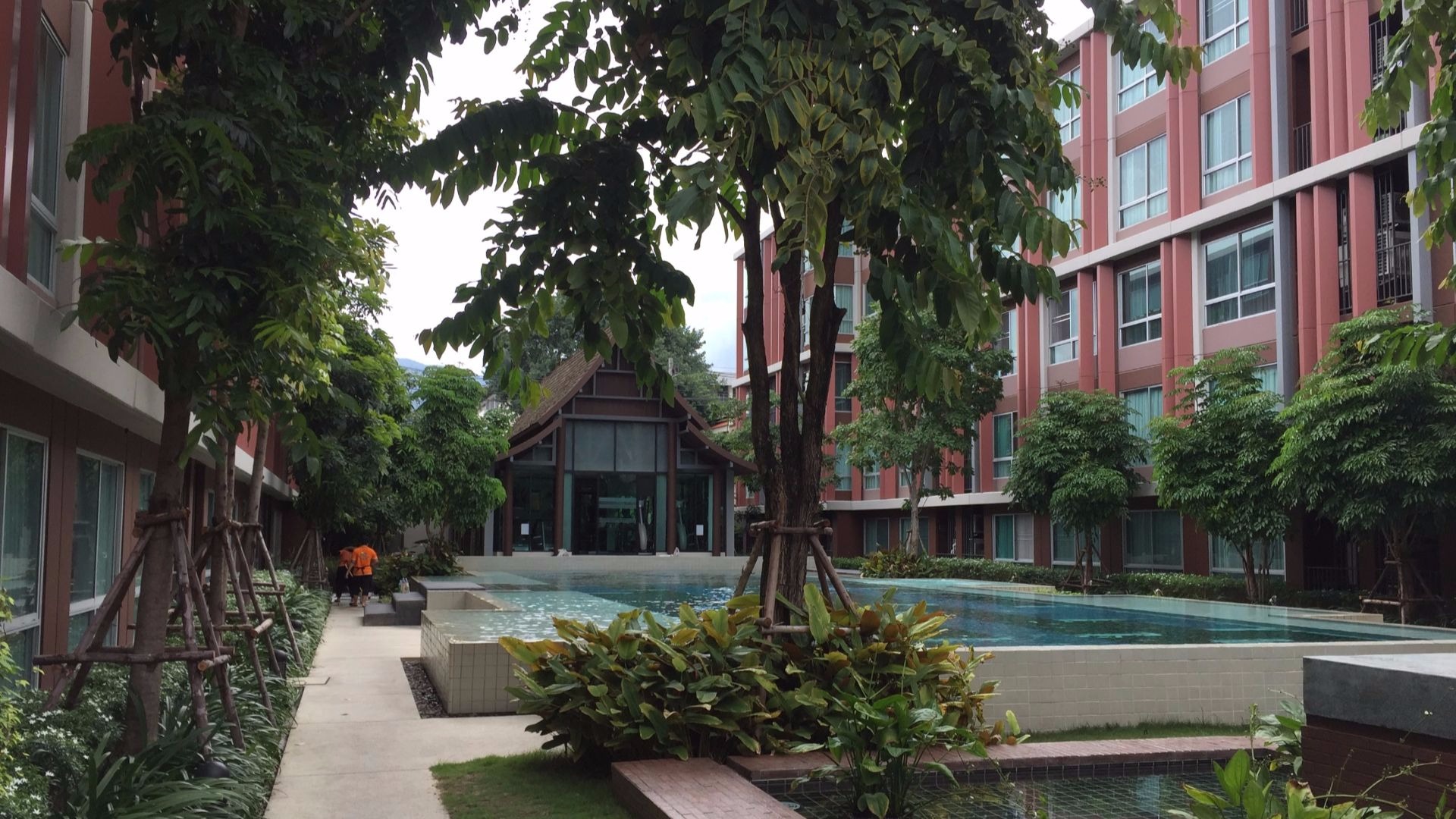 Finding an Apartment in Chiang Mai: A SummaryThailand, Travel